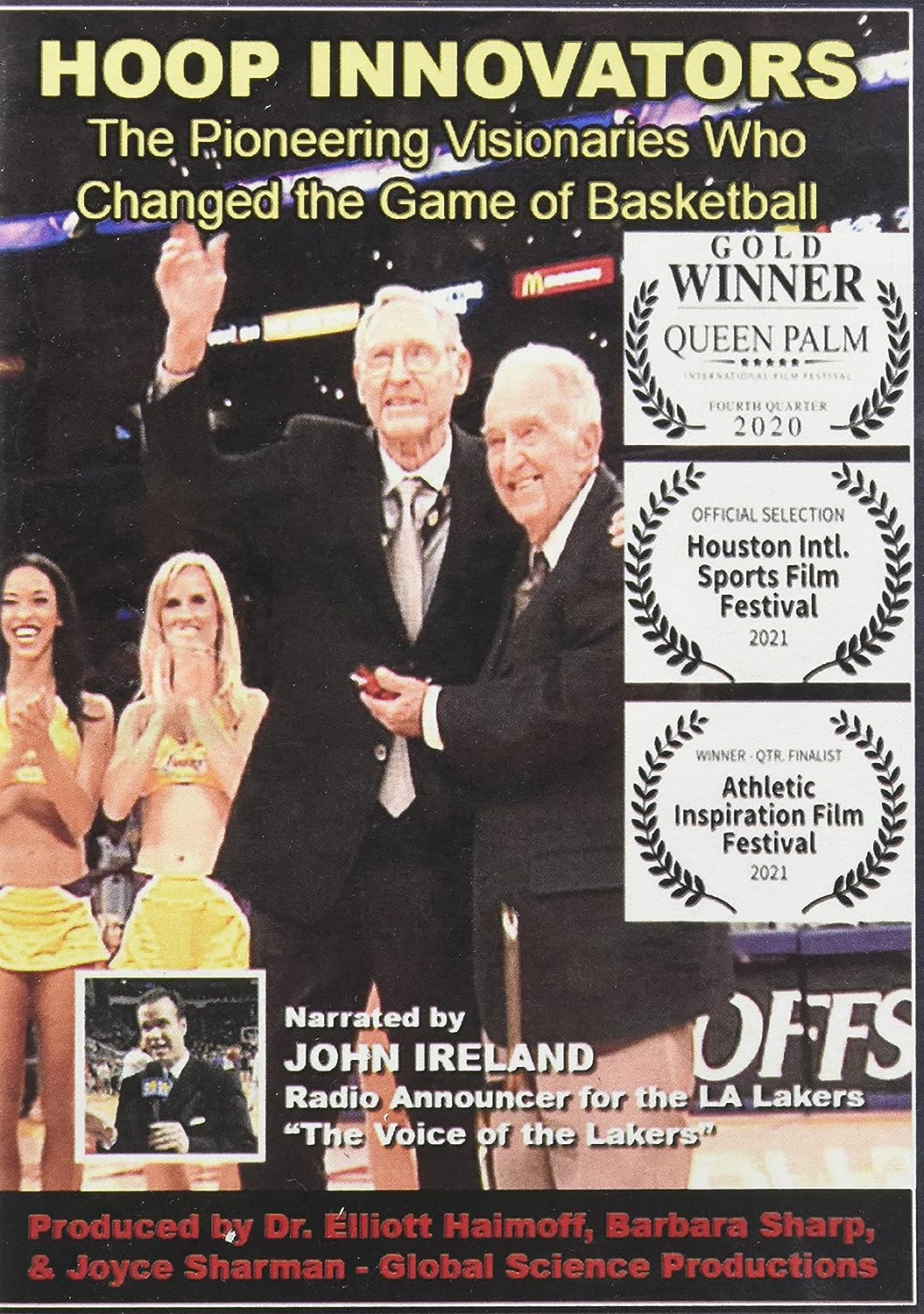 Produced by Dr. Elliott Haimoff, Joyce Sharman, and Barbara Sharp of Global Science Productions, HOOP INNOVATORS: The Pioneering Visionaries Who Changed the Game of Basketball; is the story of the 60+ year friendship between two sports icons, BILL SHARMAN and DENNIS MURPHY, who literally changed the face of pro basketball as we now know it. Over TWENTY (20) Basketball Hall of Famers were interviewed for this historic documentary, many more than in any other program in history, adding to this program\x27s historical importance and significance. This program was also narrated by the long\-time current Lakers announcer, John Ireland. This program has already won the GOLD PRIZE at the prestigious Queen Palm International Film Festival in 2020 and was a SEMI\-FINALIST in the Athletic Inspiration Film Festival in 2021.

From its beginning as a science TV documentary production company in 1990, Dr. Elliott Haimoff’s acclaimed Global Science Productions branched out in 2007 to include another division, Afterburner Enterprises Sports ProductIons (AESP), devoted to sports-specific programming. Since the onset, Dr. Haimoff’s shows have been well-received by broadcast audiences all over the U.S., as well as in over 20 countries worldwide. Dr. Haimoff received a Ph.D. in Biology from Cambridge University’s Pembroke College in the UK, where he studied in the famed footsteps of scientists like Stephen Hawking, Charles Darwin and Isaac Newton. Dr. Haimoff pioneered the development of several specific computer software programs used for analysis and study. He was also the first scientist in history to use the fledgling videotape format as a tool for analyzing primate behavior in both the laboratory setting and in the wild. Back in 1976, “portable” video recorders were customized limited-edition prototypes, so weighty they required two crew members to carry ― and videotapes were hand-spooled reel-to-reel. After receiving his doctorate, Dr. Haimoff served as a research professor at UCLA, and since has achieved the status of world-renowned biology authority with over 40 abstracts and articles published in scientific journals and books. Dr. Haimoff was also one of the very first Western scientists to conduct research in mainland China. A chance meeting with a TV executive in 1988 changed the course of Dr. Haimoff’s professional life. As told to him, the Los Angeles PBS station, KCET, had recently produced a science documentary series and acquired a large grant from the L.K. Whittier Foundation to continue producing science programs. Dr. Haimoff was persuaded to pursue a career in TV production. While on-staff at KCET, Dr. Haimoff wrote and produced numerous short segments and half-hour documentaries. He also produced a series of programs which spanned the spectrum of subjects in space, science, nature, evolution, physiology, medicine -- and beyond -- including how science and sports interact with each other. Haimoff’s innovative segments and the new docu-drama format of which he was a significant part at KCET resulted in two L.A.-area Emmys being awarded to the series. Shortly thereafter, Dr. Haimoff formed his own mass-media production company where he carries on in the PBS tradition of virtuoso programming. Haimoff’s latest TV venture, Afterburner Enterprises Sports Productions (AESP), has focused on developing inspiring TV programs profiling sports superstars and legends ― past, present and up-and-coming. Dr. Haimoff and his AESP production team have created fascinating full-length documentaries featuring rare archival footage interspersed with biting live interviews with legendary players and famed coaches from the worlds of football, golf, bodybuilding, the Olympics, skiing, tennis, basketball, baseball, hockey, as well as sports agents, team owners and promoters, like the late Dr. Jerry Buss and Dennis “Murph” Murphy. Afterburner Enterprises Sports Productions has produced several sports programs, such as “Game Changer: The Dennis Murphy Story,” about “Murph,” league founder of the ABA, WHA, WTT, and creator of the Indiana Pacers, Denver Nuggets, San Antonio Spurs, Brooklyn Nets, Edmonton Oilers and New England Whalers, among dozens of others. Murph is the planet’s greatest pro sports promoter, league creator and innovator who “invented” many of the new rules and traditions that are fan favorites today -- like the tricolor red-white-and-blue basketball, synchronized cheerleader squads and the 3-point shot, as well as NHL action like sudden-death decisive overtime and 4-on-4 play rules.

The Phantom of the Highland Park Ebell

SC25: Dressed Up For The Let Down

SC25: Where Shall You Take Me?

The War On Drugs

Le Ren – May Hard Times Pass Us By

Le Ren – I Already Love You

Faye Webster – A Dream With a Baseball Player

On Tour Now, Dates With Wilco

Out November 5th on Secretly Canadian

A Mission to Aid Every Family Experiencing Homelessness in Bloomington, Indiana